It’s time to rethink the Hedgehog and the Fox 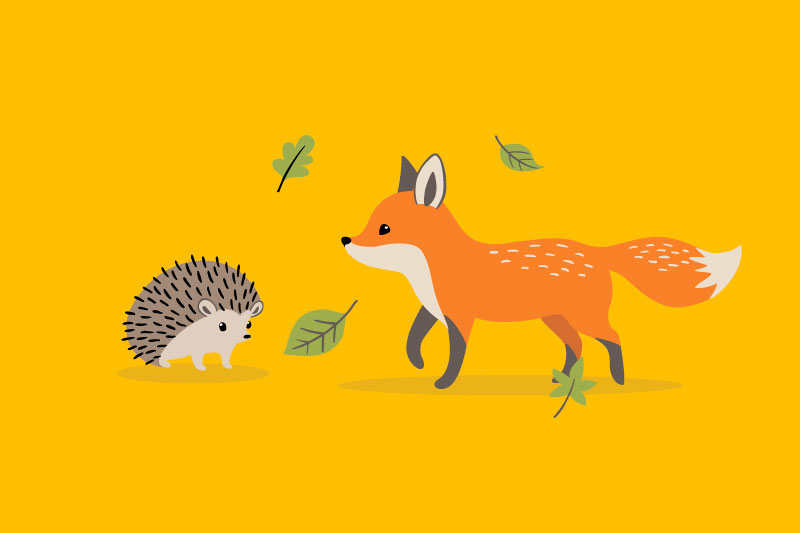 When Oxford Don, Isaiah Berlin, first came up with the Hedgehog and the Fox question, it’s unlikely he’d have thought we’d still be talking about it over six decades later.

But, here we are.

Still asking each other; ‘Are you a hedgehog or a fox?’.

Still using these binary perspectives to categorise the way people view the world and their styles of working.

And nowhere more so than in competitive business sectors.

But, I think there’s a better way to use Berlin’s principle. A fresh take on the fox and the hedgehog, updated for the modern-day.

Read on to see what I mean.

The Origin of the Hedgehog and the Fox

In 1953 Oxford Don, Isaiah Berlin, published an essay that proposed people could be segmented into two categories; hedgehogs or foxes.

The essay was based on a quote from the ancient Greek poet, Archilochus; ‘the fox knows many things; the hedgehog one big thing’.

Berlin took this quote and used it as the foundation for a theory that divided writers and thinkers into either hedgehogs or foxes.

Shakespeare and Aristotle, Berlin posited, were foxes. While Plato and Nietzsche were, he believed, hedgehogs.

“There exists a great chasm between those, on one side, who relate everything to a single central vision, … and, on the other side, those who pursue many ends, often unrelated and even contradictory, related to no moral or aesthetic principle.” – Isaiah Berlin.

What he meant by this was that foxes focussed their interests across many different schools of thought, areas of interest and belief systems.

While hedgehogs had one core ideal that their entire world view was distilled through.

Berlin’s essay was, he later said, never meant to be taken seriously. He had simply meant for it to be a sort of ‘enjoyable intellectual game’.

Fox or Hedgehog in modern contexts

As proven by the fact we’re still talking about it over half a century later, Berlin’s question of ‘hedgehog vs fox’ resonated with audiences.

The ‘fox or hedgehog’ question has, particularly, been adopted by business leaders.

In competitive fields, where everyone is racing to get to the top of their industry, Berlin’s binary question is a simple way to dismiss people who have alternative working styles to your own.

By identifying as a fox someone could distance themselves from competitors they believed to be hedgehogs and vice versa.

The fox has often been used as a way to advocate for people being ‘Jacks and Jills of all trades’.

While the hedgehog was used as a tool to describe businesses and agencies that focussed on the big picture. The one core idea through which all their work flowed.

Google the term and you’ll be inundated with articles and blog posts asking you ‘are you a fox or a hedgehog?’

Or pieces telling you which animal’s ideology is best suited to a particular industry or sector.

What Makes a Fox a Fox?

In business, there is the potential for people to have a huge variety of skills under their belts.

Businesses foxes could have a bit of everything in their arsenal; a little bit of sales, leadership, some marketing know-how, an understanding of SEO.

Foxes are often praised for being adaptable, able to chop and change whenever required. Their multiple skillsets meaning they can put out any fire that may come up.

But, when a person is spreading their attention across so many different areas, can they ever dedicate the time to truly become an expert in each?

How to Define a Hedgehog

The hedgehog school of thought has, in the past, been largely applied to entire agencies or businesses rather than individuals.

Hedgehogs are often celebrated for their focus and dedication to their ‘big idea’. These hedgehogs know exactly what they’re good at, what they believe in and where their passions lie.

They hone in on these to become experts in their sector.

However, critiques of the hedgehog approach to business include that, through being so focussed on their ‘big idea’, hedgehogs can become blinkered to new developments or alternative ways of thinking.

In the multi-hyphenate age when more and more aspects of business, such as marketing, are going in the house; it can seem as though everyone needs to be a fox.

Someone that does a little bit of everything; a one-man, or woman show.

While each has their individual merits, they also each have their flaws and blind spots.

That is why I think it’s time to redefine the fox and hedgehog question.

Rethinking the Hedgehog vs Fox Debate

I think the question of the hedgehog and the fox shouldn’t be a binary option.

Because, when you build a team filled with hedgehogs, that team can become a fox.

There is undeniable power in having a speciality, your big hedgehog idea. One area that you know inside out, forwards and backwards, side to side… you get the picture.

When you focus on just one clearly defined role, in an individual area where you show real talent and passion, you’re able to develop your knowledge and be an expert in your specialism.

And, when you have an expert level of knowledge, you can use this to inform and educate others.

Filling a team with hedgehogs who all have their individual areas of expertise means that you have a team of, you guessed it, experts.

When you group people with individual areas of expertise together, you get the in-depth knowledge of the hedgehog with the multidisciplinary adaptability of the fox.

When a team of people, with individual talents who are experts in their areas, join forces; that’s where the true power lies.

I think the power of the hedgehog is not in their individual big ideas. The power comes when hedgehogs group together.

The Legend of the Hedgehog

There’s an old legend that says, many moons ago during the longest, coldest winter ever known, many animals weren’t able to survive the freezing temperatures alone.

The hedgehogs saw their fellow animals dying off and knew they had to do something to survive the harsh winter. They came together, nestled close to one another and kept warm by sharing their body heat.

This worked for a time, but as the hedgehogs grew, their quills made it uncomfortable for each other. The hedgehogs knew they needed each other to survive the winter, but they also needed space to grow and be themselves.

So, the hedgehogs spread out. Just a little.

They gave each other enough room to grow, an area for them to carve out as their own, space for their quills to spread.

But, they stayed close enough to each other to share their body heat. They had individual space to grow but worked collectively for the good of the group to survive the winter.

I think this legend is the perfect analogy for the benefits of building your team full of ‘big idea’ hedgehogs.

Everyone has their own space to grow and become experts in their respective roles. But, they’re close enough together that the benefits radiate across the entire team.

So, when you find your fellow hedgehogs and form a prickle; (that’s what a group of hedgehogs is called, by the way) your team will become as unstoppable as the most cunning fox. 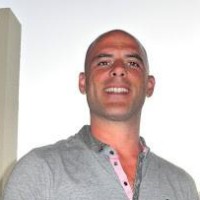 Alan SpurgeonWithout Alan, there’d be no Hedgehog. Our Boston-born director began Hedgehog a decade ago in a tiny office above a florists in Bedford. Since then, Alan has worked tirelessly to grow Hedgehog to what it is today. Using his years of SEO and business expertise, Alan knows how to produce strategies for clients that work towards the ultimate goal; generating new business online. Never one to keep his expertise to himself, Alan has spoken at a number of industry events, including Digitalks in Sao Paulo, and has contributed to a number of industry books and publications.